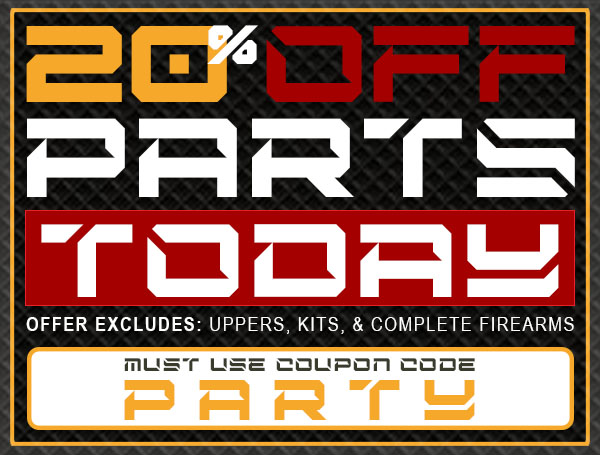 Sale! Out of Stock

Introducing Quite Possibly the Best Hunting  Upper Assembly CBC Industries Has Ever Produced THE TACTICAL  CY6 6.5 GRENDEL The CBC team recently received a request to build an AR rifle for a friend and firearms journalist Kevin Reese and his hunting companion, nationally ranked UFC fighter, for an upcoming hog hunt in Texas. The challenge presented was for our rifle experts to design and build a rifle that could have incredible stopping power for a large animal out to 750 yards. Kevin was - [READ MORE BELOW]

This Item Has Been Discontinued

Introducing
Quite Possibly the Best Hunting  Upper
Assembly CBC Industries Has Ever Produced
THE TACTICAL  CY6 6.5 GRENDEL
The CBC team recently received a request to build an AR rifle for a friend and firearms journalist Kevin Reese and his hunting companion, nationally ranked UFC fighter, for an upcoming hog hunt in Texas.
The challenge presented was for our rifle experts to design and build a rifle that could have incredible stopping power for a large animal out to 750 yards. Kevin was going to add an amazing night vision scope to our rifle for this amazing hunt.
We could have picked one of our existing awesome models off the shelf, but our creative and high-energy team decided to produce something very special for our friend and colleague.
The Challenge Was On!
The CBC team decided the 6.5 Grendel barrel on a CBC complete lower and CBC upper would be the best foundation for this beast slayer. We added our CBC Gen III rail to keep the weight down and have the ability to add accessories for hunting as needed.
We knew a great optic would be included on top of the picatinny rail, so we decided the buttstock should be our SOPMOD so Kevin and his UFC fighter could get a great cheek weld while sighting in the animals.
We went with a CBC Linear Compensator to assist Kevin on a follow up shot. This compensator does an outstanding job keeping the recoil moving towards the rear while minimizing the muzzle flip.
We finished the build with our ergonomic pistol grip.
Mission Complete!
We will be candid with you. When Kevin received the rifle, he was mostly concerned about the unique compensator, the powerful 6.5 Grendel round and how the combination would add recoil to the rifle. Kevin was mostly concerned about his UFC fighter friend who has a fight coming up and didnt want any bruising to his shoulder.
After sighting in Kevins optic, he called and was giddy about the rifle. After calming his excitement down, Kevin said he was able to see the small bag of ice he placed at 100 yards explode after firing the rifle. When asked, why the excitement, he said, you don ™t understand, hes never been able to actually see the impact of the target with any of his rifles before. He further explained, œI saw the impact through the scope! ? He was sold on our CBC Linear Compensator. He also said the recoil on this rifle was surprisingly soft.
So, the hunt was successful. The gun performed amazingly and we have this amazing rifle ready for your next hunt.

The all new  Tactical CY6  6.5 Grendel Rifle the newest attribute to our Rifle Family.   The 6.5 Grendel expands the capability for hunting, competition and even tactical applications. These ranges will help take you further down-range no matter your usage. The only limitation would be your imagination. Whether you are going for varmint or short range a 90 grain bullet is more than enough, should you want to extend your reach you can go mid-weight with a 108 “ 120 grain, or if you really want to reach out and touch a 130 or 140 grain bullet will get you that long range target you are setting your sights on.
Features:
The barrel is made from 4150 Chrome Moly Steel with a smooth nitride finish. A 1:8 twist rate is incorporated. The muzzle receiver is a 5/8×24 Thread. The barrel extension is fitted with M4 feed ramps. Gas port is drilled to midlength and takes a standard low-profile .750 steel gas block and aluminum gas rod. The T-marked receiver is made of 7075 T6 forged aluminum, hard anodized, M4 feed ramps with T-markings. The Rail is our CBC Gen 3 rail. This free float 15-inch M-Lok rail is a modernized designed AR-15 Handguard made from œhigh-quality ? aluminum alloy and hard coated anodized to endure a lifetime of abuse, featuring fully functional picatinny rails situated at the 3,6 and 9 o ™clock positions with a full flat top picatinny 12 o ™clock. The final feature of the rifle come from the CBC Linear Compensator has a sleek knurled look that measures in at .9 inches outer diameter at 21/4 ? in length with a .34 ? diameter center forward blast hole surrounded by six (6) .13 inch blast holes.

Only logged in customers who have purchased this product may leave a review.